The events in Nashville on May 2, 1914, inspired a movement that changed Tennessee and America.

On that day, 100 years ago, the women of Tennessee took to the streets and paraded for their right to vote.

Almost 60 years before the brave, nonviolent African-American college students sat at lunch counters to change Nashville’s openly practiced segregation, these women showed the way. They were organized and ready to take on unequal practice by government.

Nashville was one of several major cities across the country where parades were scheduled for the first Saturday in May. Anne Dallas Dudley, daughter of Trevanion Dallas, a wealthy cotton mill owner, and great niece of George Dallas, who was James K. Polk’s vice president, organized the Nashville parade; it was the first suffrage parade in the South. Anne, who served as president, and eight other women formed the Nashville Equal Suffrage League.

Sixty automobiles, decorated with yellow banners, paraded from the Capitol to Centennial Park. To counter the criticism that suffragists ignored their families, Anne Dallas Dudley was joined in the lead car by her husband, Guilford Dudley, co-founder of Life & Casualty Insurance Co., and their children, Trevania and Guilford Jr.

Businesses along the parade route decorated their displays with yellow, the suffrage movement’s official color, and banners shouting “Votes for Women.” Mayor Hilary Ewing Howse declared an official half-day holiday, and those women who could not leave work showered the cars with flowers from the windows of their offices.

More than 2,000 people greeted the caravan when it arrived at the Parthenon and listened to Anne Dudley’s speech. She had been inspired, when she was a volunteer during Tennessee Centennial Exposition in 1897, by Susan B. Anthony’s speech in the Woman’s Building.

It was the largest rally Nashville had seen for women’s suffrage, and observers recalled her speech as the first outdoor speech by a woman in Tennessee in the presence of a large audience.

The successful parade and rally fueled Anne Dudley’s invitation to the American Woman Suffrage Association (the group founded by Susan B. Anthony) to hold its national convention in Nashville. Two weeks after the parade, the group committed to come.

Thousands of delegates descended on Nashville six months later, in November. During convention sessions at Ryman Auditorium, sometimes lasting until 3 a.m., delegates learned organizing techniques and strategies, and how to lobby their legislatures.

The momentum from this convention carried throughout the state and empowered and grew the suffrage movement in Tennessee.

Nashville women held suffrage parades in 1915, and in 1916, they left their cars at home and marched in the streets. The state became a major part of the suffrage movement, and Anne Dudley became a member of the national suffrage movement’s board of directors.

On August 18, 1920, after all the other Southern states had rejected the 19th Amendment, Tennessee was again at the center of the suffrage movement — by the narrowest of margins. Rep. Harry Burn, after getting a letter from his mother, changed his vote to yes for suffrage, and the legislature made Tennessee the deciding state to ratify the 19th Amendment. Burn’s single vote granted suffrage to 20 million women.

We should remember and honor these courageous women who took to the streets to get the right to vote.

I urge the Metro Council to rename Capitol Boulevard “Anne Dallas Dudley Boulevard” in honor of the woman who led the parades down the boulevard that sparked the suffrage movement in Tennessee, and led to the passage of the 19th Amendment.

David Ewing is a ninth-generation Nashvillian and historian. Reach him at nashville1779@gmail.com 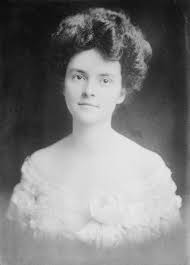