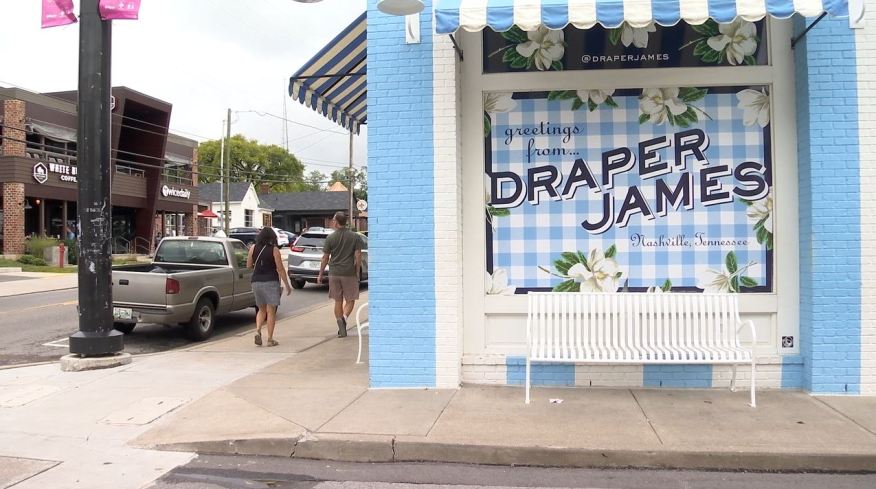 NASHVILLE, Tenn. (WKRN) — Each Nashville neighborhood is different, but they all have one thing in common – they’re growing at rapid rates with businesses and residents.

Some say the result of growth is a loss of “hometown” feel.

Bob Bernstein is known to many as is the unofficial “Mayor of Hillsboro Village” and Fido Café is his headquarters.

Fido is the first business he opened in 1996, after taking over the old Jones Pet Store turning it into a coffee shop and restaurant.

“I used to be able to feel like the Mayor of Hillsboro Village,” Bernstein said. “I would walk up and down the street and could wave to everybody. Now, the owners of the businesses aren’t here. There’s a few of us still left, but most of these people – some of the owners I’m guessing – have never stepped foot in their stores.” He said it’s because they’re not local businesses anymore.

A few staples remain like Pancake Pantry, the Belcourt Theater, and Cabana Taps. But, favorites like Provence, Jackson’s, and Sunset Grill have moved on.

“Now I see the whole fabric of the city changing, and I see friends of mine, who have been here for years leaving or thinking of leaving, and it’s sad,” he said.

The most glaring example of change came in 2019 when construction crews built a new store down the block causing a wall to collapse and leading to structural damage across the whole strip.

Bernstein said, “To me, that was a symbol of Nashville’s growth. They are building a space for an out-of-town business, and what they do is damage two local businesses and put us out of business for a long time.”

The damage was isolated. And, Fido’s customers showed their support by rallying and helping Fido re-open.

However, that’s just one obstacle facing places like Fido.

Nashville historian, David Ewing said, “The way that we maintain Nashville, it has got to be a welcoming city for entrepreneurs, for musicians, for people who want to make their life here. It’s got to be affordable and it’s got to be authentic.”

Affordability is the biggest issue for new entrepreneurs, a privilege Bernstein recognized would not be given to him today.

“I am working with a woman now trying to help her open a place,” he said. “I keep telling people I want to give her the opportunity people gave me 20 something years ago – almost 30 years ago, but it’s too expensive.”

So, how has Fido continued to thrive? “Fido signed a long-term lease when people thought I was crazy. But now, I’m benefitting from that. That’s why we’ve been able to stick around.”

Bernstein fears those days are numbered.

“People think just because the city has exploded that it’s great for every business, and it’s not.” He continued, “It’s making it harder. The number of restaurants in this neighborhood has exploded since we opened. The competition for employees makes it more difficult. I don’t want to sound like I’m down, this is just the reality.”

As Fido gets ready to celebrate their 25 years in business, Bernstein contemplated the end of this beloved restaurant. The lease is up in a few years, and he’s not so sure he can afford to stay.

“Sometimes I have this idea of putting one of those clocks that counts backward up. Just to make a point,” Bernstein said.

A point which might be missed by the newcomers to the city.

But that’s not who he’s doing it for. It’s for the locals, his neighbors, those who helped build this neighborhood and his business into what it is today.