NASHVILLE, Tenn. (WKRN) — One of Nashville’s most popular neighborhoods has undergone perhaps the biggest transformation over the last decade. 12South, which is popular with both locals and tourists, is buzzing with restaurants and shops.

It’s easy to see why people flock to 12South.

“12South has a vibe, and if you walk down it, you feel safe in a kind of ‘New’ Nashville but still has a little ‘Old’ Nashville,” said David Ewing, who is a Nashville historian.

The “I Believe in Nashville” mural is a must-see for tourists, surrounded by a half-mile of restaurants and shops. It’s one of the most walkable and popular neighborhoods in town, but it wasn’t always like this.

“12South was this African American neighborhood that was near Green Hills, near Belmont, that a lot of African Americans lived here and has been recently discovered by a lot of restaurants. People that wanna live here and just small business owners,” said Ewing.
Among the first businesses on 12South were Portland Brew, Mafiaoza’s and Frothy Monkey.

“People ask us ‘how do you pick a location?’ We say it has to be a great neighborhood, plus something,” said Ryan Pruitt, who is the managing partner at Frothy Monkey.

That ‘something’ Pruitt’s referring to, brought the creators, the artists and the cool kids. “I always made the joke, we’ve got the best record label in town, sitting in the restaurant right now, just based on that’s where everyone would hang out,” he said.

Those businesses opening up shop opened the door for entrepreneurs like Reese Witherspoon with “Draper James,” and Holly Williams, who saw an old gas station and unlike everyone else, did not want to tear it down.

“I was just literally driving down the street one night and passed it and like, ‘gosh, that’d be cool to do a little community store there,’” recalled Williams. “I called a few people they said it’s going to be torn down. So I called Frothy Monkey, I was like, ‘can I speak to the owner? My name is Holly, you don’t know me from Adam, do you know anything about this building?’ And that guy hooked me up with a guy named Benjamin, who own the building, and they were gonna tear it down and do like a really nice apartment shopping complex. And, I begged and pleaded, and begged and pleaded, and he finally said, ‘Yes’. So we opened about two months after my crazy idea came into my head.”

Now, the old gas station has turned into White’s Mercantile. It is not only one of the original shops on 12th Avenue South, but it’s also one of the busiest.
“I think no one ever dreamed, no one that I know would have been like ‘oh yeah, you’re right.’ It’s kind of become the hottest mecca of shopping.” But that’s exactly what happened.

The challenges now for these business owners isn’t attracting customers, they’re already there. It’s about maintaining the neighborhood, while still supporting the locals and the people who actually made 12South what it is today.

“I mean, seeing Nashville grow the way it has, has been great from a business perspective, and it’s been really heartbreaking for me in certain ways,” said Williams.

The success is conflicting for many business owners.

“The staff used to be able to live right near the store and walk over when they needed to,” said Jennifer Sheets, who is a partner and marketing director at Frothy Monkey. “Now, you can’t do that much, unless you are lucky and bought something a long time ago.”

The solution isn’t a simple one, but it is rooted in a simple idea. 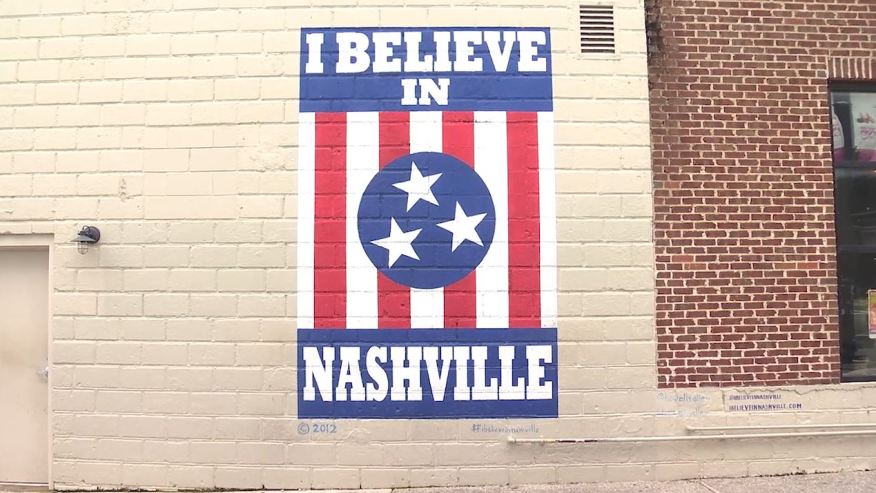