Nashville’s most famous music venue, the Ryman Auditorium, has permanently removed its “Confederate Gallery” sign that has hung at the front of the room’s balcony. According to the Nashville Scene, the signage has been relocated to an exhibit inside the building that covers the performance hall’s colorful 125-year history.

With its main floor and balcony featuring rows of curved church pews and stained cathedral glass windows, the Ryman’s original use as a church has always been evident. Less clear to many, however, was the significance of the Confederate Gallery sign, which included the year 1897. At that time, the then 3,755-seat building was called the Union Gospel Tabernacle and hosted church services, as well as live performances and gatherings, including a convention of the Confederate Veterans’ Association, which was attended by more than 100,000 Confederate service members. To accommodate as many of the attendees as possible, a fundraising effort took place to build a balcony above the main floor.

Not long after that convention, the balcony was rechristened the Confederate Gallery, and a wooden sign was placed there in recognition of the event. The original sign facing the Ryman stage was lost, but a reproduction was put in place after the Ryman was renovated in the 1990s. A sign reading “1892 Ryman Auditorium” – which was often used instead of the Confederate Gallery plaque for televised events – will now adorn the balcony. Interestingly, the same year of the Confederate Veterans gathering, the Ryman was also the site of graduation ceremonies for Nashville’s Meharry Medical College, the first Southern medical school to admit African-American students.

The Ryman continues to host concerts on a regular basis, with pop superstar Harry Styles performing there Monday night. Historian and Ryman consultant David Ewing told the Nashville Scene that many fans attending concerts, as well as those artists who have taken the Ryman stage, had a clear view of the Confederate sign without the benefit of context or any idea of its historical significance.

“If you come to the Ryman [as] a big name performer and you’re looking right out at the center of the balcony and you see that sign, you don’t know what it means,” said Ewing. “Or if you’re a fan that comes at night, not during the tour, you don’t know what it means either. This is the appropriate place to have the sign and tell the story of 125 years of the Ryman and particularly how the gallery got built.”

Although the Grand Ole Opry moved its performances to the new Opry House in 1974, occasional Opry shows continue to be staged at the Ryman, especially in the winter months. The Ryman also operates during daytime hours for tours and now features Café Lula, the casual dining area open daily and named for longtime Ryman manager Lula Naff. 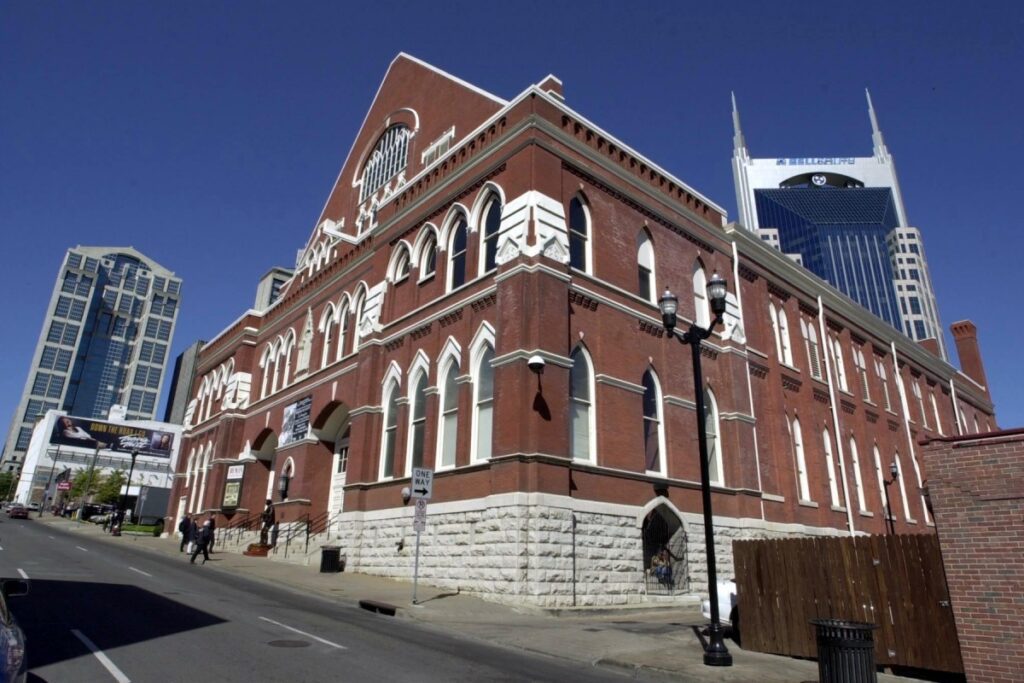